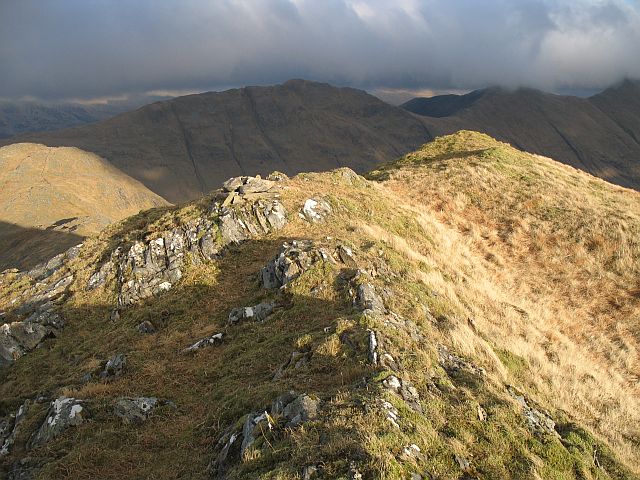 Until recently it was widely thought that the western top of Buidhe Bheinn was the highest, but the eastern top now weighs in at 885m, the same as Sgurr a' Bhac Chaolais further along the ridge. As a result of its previous obscurity, this summit does not have a big cairn. I hope one does not appear - this is a very wild and unspoilt top. Creag nan Damh on the South Shiel Ridge in the distance.

© Richard Webb and licensed for reuse under this Creative Commons Licence